Juvenoia is the fear or hostility directed by an older generation toward youth culture. It has always happened, always will happen, but in recent times 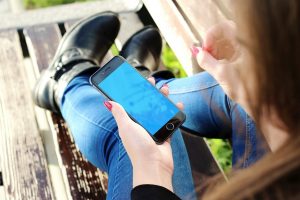 the juvenoia regarding teens and social media is the like of which we have never seen before.

At the beginning of October 2018, as reported in many news outlets such as Sky News and The Guardian Matt Hancock MP has directed medical chiefs to draw up guidelines regarding the maximum time young people should spend on social media due to growing concerns around mental health and wellbeing.

Mr. Hancock has every right to be concerned, as most people are, however the current trend to set screentime limits, whether screentime in general or specifically related to social media is a worrying one. The notion that time spent on social media is wasted, unproductive or ‘not real life’ is as weak as it is false. Even the term ‘screentime’ is outdated and unhelpful suggesting that there is an ideal amount of time. Include this with the continuous negative sensationalism around ‘excessive’ use and it’s no wonder parents and schools are worried and feel they have nowhere to turn.

The fact is that many people use social media as part of their real-world activities for many different reasons; there is no separation, there’s no online and offline life, it’s just life. Connecting for inspiration, education, communication, to have a voice and debate and so much more online cannot be disentangled from offline. Just because it’s different when we were kids doesn’t make it bad, it’s just different. As Professor Andy Przybylski states, this is core to the displacement hypothesis, that every moment in front of a screen displaces an analogue moment. Simply meaning the belief that every minute in front of a screen is a minute wasted in real life.

The evidence base to support that just isn’t available. As the article from Stine Liv Johansen clearly states in relation to the question, “is it social media that makes young people feel insufficient and unsuccessful?” The answer is – we don’t know!

AACOSS applaud the Secretary of State for Health and Social Care for raising such an important issue, however we advise caution; we’re already years behind in our true understanding of both positive and negative effects, but we need to take our time and do this properly; much more clear and conclusive evidence is needed. We cannot jump into this because we’ve correlated a few facts together to come up with a conclusion. If we blinker to one issue without giving due regard to the real lives of children and young people, whether online or offline, then we are doing our future generations a huge and embarrassing disservice. 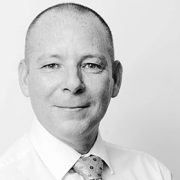 Alan is an online safety specialist working in schools all over England providing clear, pragmatic and engaging discussion with students, staff and parents.

"Online safety has been a passion of mine for a very long time; I love technology and the huge benefits that can be realised through global connectivity and collaboration. I’m a strong believer that online safety is an enabler, not a showstopper; it should never be a barrier to the innovative use of technology."

We are an association of individuals who specialise in the complex and evolving area of online safety. We are passionate about working with schools and other organisations to deliver impactful online safety education and support to children, young people, professionals and adults of all ages. We combine our knowledge, experience and skillsets working to a specific set of values and a code of conduct which ensures that the child is at the centre of everything we do to help keep children safer online.

Our primary purpose is to ensure the delivery of high quality education, advice and support to all schools around online safety – keeping children safer online.

Would you like to join? See the bottom of the Home page for eligibility and criteria.